What's going on in your city/country/region?

Since the roads aren't visible, only the entrance
https://goo.gl/maps/VmEi96BnCrB3iq6XA

He already signed a deal to open.


Thanks for the update from the basketball world.

And from the American football world I got hired to do a little construction cleanup at Marshawn Lynch's previous Richmond, CA ocean front residence. BTW, I own a box of his Irish Spring soap *smells it*. The best! It's going in my box of collectables where the teas are stored.
ENTP
Top

Stratospheric aerosols from the Tongan eruption are turning the normally nondescript winter darkness in Antarctica into a spectacular nightscape. Apparent'y these photos are unedited.


I was wondering if Police were intentionally killing homeless people, but apparently, realtors are. . .

He does have a bit of American Psycho in him. You could say he went, "above and beyond" the usually psychopathic salesperson. . .

Beaches in the area are closed due to shark sightings and we're having a heat wave all week.
Top 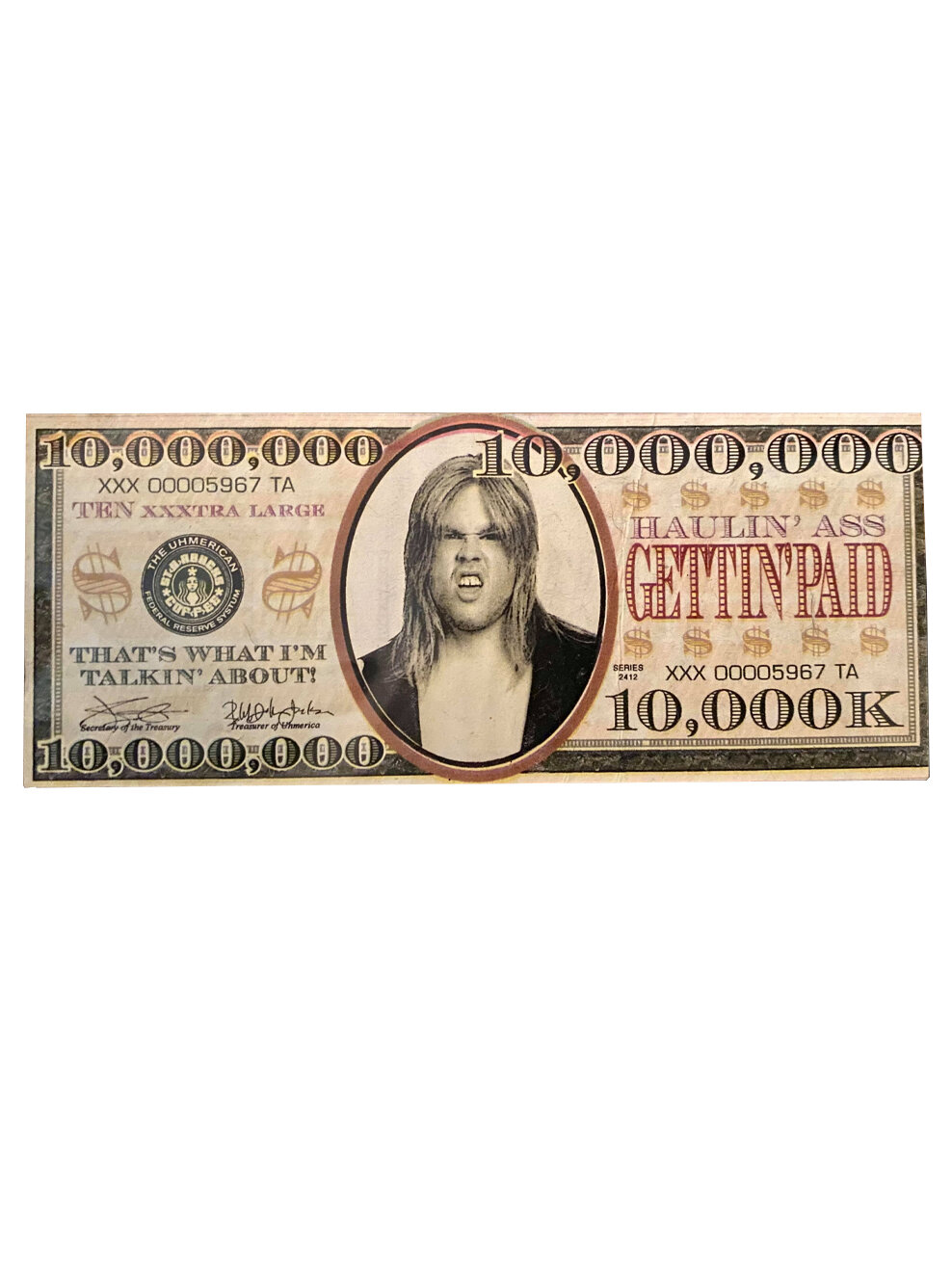 This was a couple of weeks ago. Whenever there's a special sports event, the host city will usually various activities and often "smaller" games before the main event. At least for All-Star games. I was in a host city for a Final Four but that was like 30 yrs ago. They had fan stuff but not like now. Now, I'm pretty sure they do celeb games and maybe old-timers.

The Dodgers hosted the last MLB All-Star game. I guess it was 2010 that the Angels hosted the Midsummer Classic. Since most of the satellite activities were down in Orange County, I couldn't be bothered to go. Idk, for some reason the various allstar games had lost their luster over the years. I wasn't really that into this years allstar game but I figured that's the last time it'll prolly be here for the next 20 years or so, I might as well check some stuff out while I can. I mean, I don't think the next time will be past my expiration date on earth - though, none of us know what the morrow may bring - I don't know if I could be bothered to deal with crowds and hoopla for such a non-impactful event.

I went to some fan experience they had at the convention center before the Super Bowl earlier this year and even though I didn't do any of the physical events like timed 40 yard dash, attempt a 35 yd field goal, throw into a tire, it was still a pretty good event and really cool vibe. I went with a co-worker maybe 20 years ago to see some NHL All-star events though I can't remember much. I got her an autograph of a red wings player which pained me to ask being an Avalanche fan. I didn't go to the game itself but I vaguely remember it being somewhat boring.

I missed quite a bit of the fan stuff they were hosting around the city but I did actually got the Future Stars Game/Celeb Softball Game/Becky G concert. Sat kinda high up but that's OK. I just wanted to check it out and we were able to find tix below face value. There were a few prospects I had heard of in the Futures game. I thought that'd be one of the best things to see. I was surprised that one guy I saw in a college game just last year was playing. Like, he didn't play at USC or UCLA or Fullerton, teams that routinely send players to the bigs. Bryan Cranston was prolly the biggest non-athlete celeb. Holy cow, I had no idea how popular Bad Bunny was but screams like the Beatles anytime he came up to bat or was shown on the jumbotron. I'll also confess to getting Becky G and Karol G mixed up. This is sort of an ongoing thing with me

I don't know either's music that well but there was a point where I thought, "Oh, I didn't know Becky sang this" and another time wondering when she was going to get to ones like Tusa and then it hit me that I was thinking of the other. D'oh! It's not that they lookalike, it's just I hear them so infrequently that I don't keep them straight in my head. I had this issue with 80s bands The Call and The Alarm. 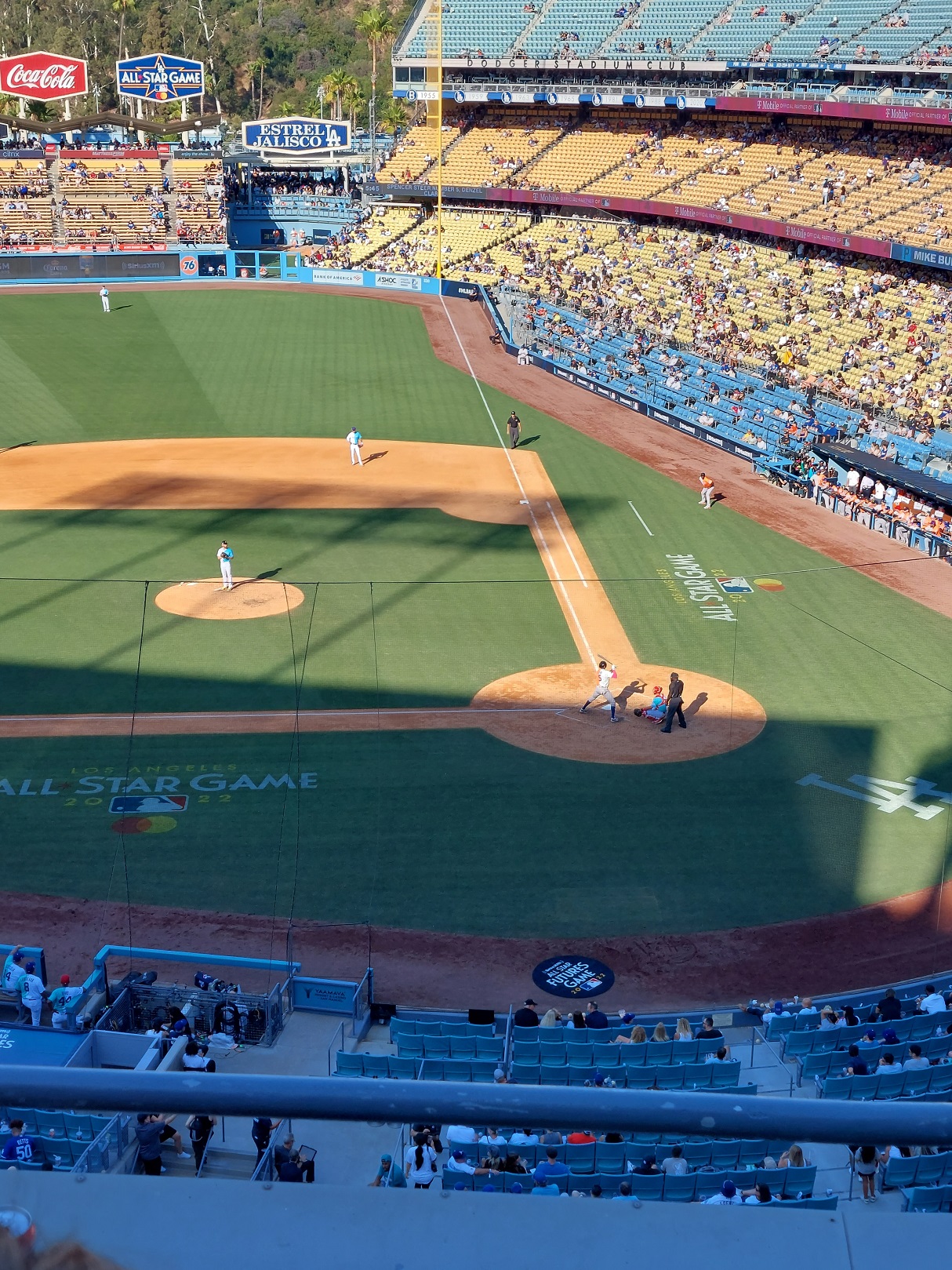 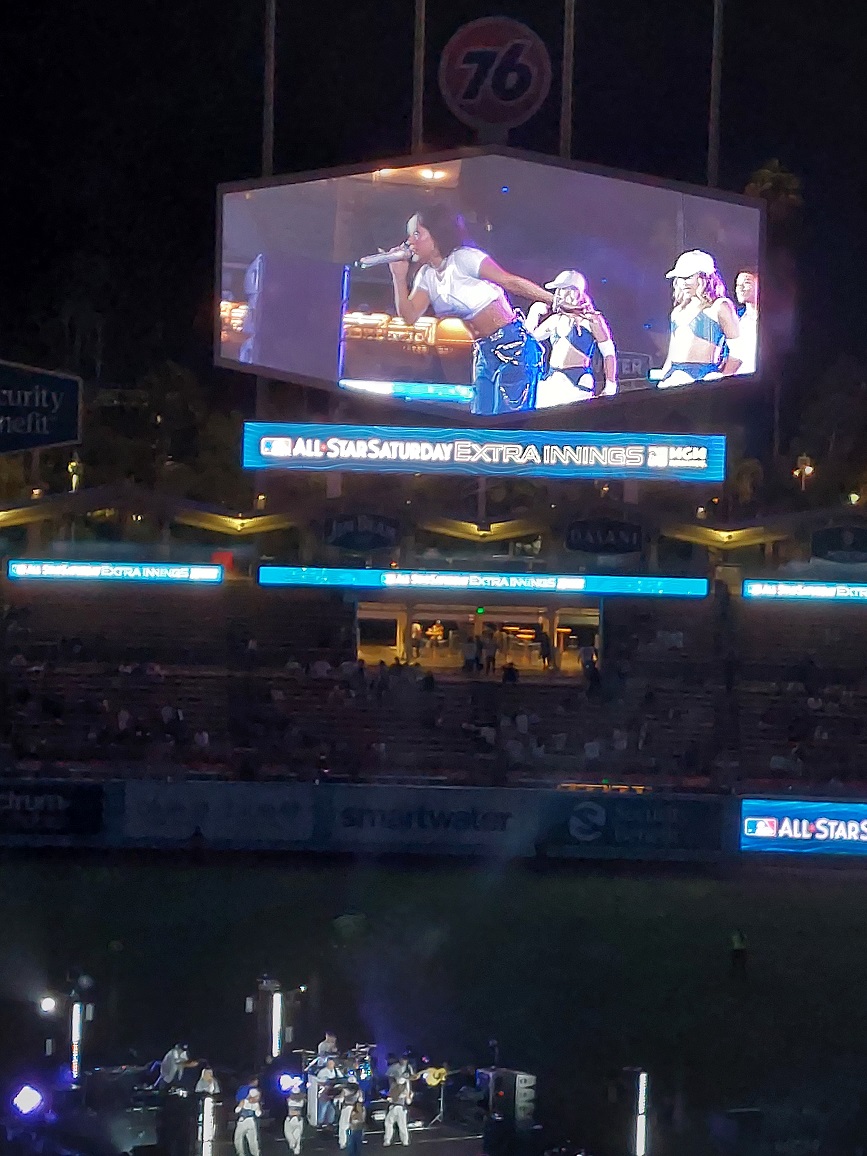 I got an email that said NYC's cooling centers, which are pre-existing places like libraries and a pet store chain, are open until August 11. But as far as I could tell they're keeping their normal hours, which for the library means closed on Sunday (I just asked my branch to confirm). There must be some significance to the Aug. 11 date, like maybe a certain class of cooling centers will be open, but that's not clear. A few years ago I looked up whether all cooling centers/hurricane shelters have backup generator power. No, they don't. Lame-ass emergency preparedness.

Also, NY's governor declared a disaster: "Whereas the monkeypox virus has been declared a Public Health Emergency of International Concern...the monkeypox virus has been declared an Imminent Threat to Public Health by the New York State Commissioner of Health...New York is now experiencing one of the highest rates of transmission in the country...a disaster has occurred in New York State, for which the affected local governments are unable to respond adequately, I do hereby declare a State disaster emergency for the entire State of New York through August 28, 2022"
Top

Not in my region:

Did anyone notice that Bill Russell died July, 31 (2022)?
https://en.wikipedia.org/wiki/Bill_Russell

He had 11 championship rings out of 13 seasons playing for the Celtics, more than any other player.
https://sportsbrief.com/facts/bio/16015 ... ers-rings/

I almost never read anything about sports (and neither do I watch sports including the Olympics, and the last time I seriously played a videogame involving sports was in the early 1990s.) You can tell I opted for PE credits in school. . . Though I did tend to score the most points in floor hockey and threw decently accurate footballs. Had I desired competing socially I might have been more drawn to sports, but I despised it, even though I was a goalie in soccer (when not doing offense, because I couldn't kick the ball straight enough and hardly trained.)
Societal egress and ennui
Hello / Goodbye / Just a moment / Nothing / Cosmic / Man / Dream / Civilization / Open / Contact / Tremble / Gas / Memory / Transcend / ^2
Top

Did anyone notice that Bill Russell died July, 31 (2022)?
https://en.wikipedia.org/wiki/Bill_Russell

He had 11 championship rings out of 13 seasons playing for the Celtics, more than any other player.
https://sportsbrief.com/facts/bio/16015 ... ers-rings/

I almost never read anything about sports (and neither do I watch sports including the Olympics, and the last time I seriously played a videogame involving sports was in the early 1990s.) You can tell I opted for PE credits in school. . . Though I did tend to score the most points in floor hockey and threw decently accurate footballs. Had I desired competing socially I might have been more drawn to sports, but I despised it, even though I was a goalie in soccer (when not doing offense, because I couldn't kick the ball straight enough and hardly trained.)

Huge fan! Though he retired before I ever watched a game of basketball, haha! I stood in line, musta been 3 hours, for him to sign a couple of copies of his book, Russell Rules: 11 Lessons on Leadership. My gosh, I can't believe that was 20 years ago! I got one for myself and one for my dad that I gave to him for Father's Day. It was also around that time that I got a book signed by Rafer Johnson, another athlete/icon from that era, who did a lot for civil rights and was later an ambassador for Special Olympics. His book was already out but since I was involved with some S.O. Summer Games stuff I got to meet him a few times. I believe he ran the torch into the stadium and lit the caldron for the 1984 Games?? That was before I moved out here. Anyway, Russell did a few signings around town when his book came out. I saw the line was long but wasn't expecting it to take 3 hours. I know it wasn't easy but I don't remember it being too excruciating either. I'd be worried about bathroom breaks and feet cramping up today. Oh, to be young again!

But the long lines that came out for him in LA, a city that most hates Boston and the Celtics over their decades long rivalry, is a real testament to the man, his skills and his character. When I finally got up to meet him, I'm pretty sure they said no photos and don't talk to him, this was before the days of camera phones but I'm pretty sure it's to keep the line moving, we had to write on a sticky who we wanted the books signed to. I don't know if there was a limit or not?? Some people in line joked about getting something cute like, "For my good friend, Wilt" as a nod to his rivalry with Wilt Chamberlain. Of course, no one really followed the don't talk to him rule. I think it was OK if he talked to your first but still, people would shake his hand and gush. He did initiate convo with me. I said, 'I notice you only have 2 rings on, is that for the first and the last?' He laughed and said, "That's it!" and then held his hands up to let me get a better look at them. Pretty cool but the last one was definitely fancier than from his first, as one would expect. The league and the game have expanded and evolved so much from when he played but winning 11 championships, not to forget college and Olympic gold, is really a phenomenal achievement that won't be equaled.

Sad to learn of his passing. I generally like to zone to music on a plane but if I ever had say a cross-country flight in first class, he'd be up there on the list of who I'd want to sit next to me.
Top

I'm looking at photos & video of Anne Heche's accident and the first spot, where she hit the garage, might have been a complex I lived in years ago. I know it was less than a mile away from where she went airborne. I'm trying to get confirmation from someone else. I can't find the address yet online. I had lived in Mar Vista before but the complex I was in was Venice. I think the street where she crashed was the dividing line, though. So, if she had crashed on the other side of the street, it woulda been Venice. Go figure. I moved into a 2bd room, 1 bth with a buddy of mine. We only had one parking spot, which he took, and I'd park on the street, so I couldn't tell for sure. I believe our unit was only 1 story but I remember other 2 story bldgs around. It's been so long and I was there less than a year. We had some fun parties tho!
Top
Post Reply
192 posts