I think you are mistaking the hypothesis with "Occam's Razor," ergo cognitive miser behavior.

In other words can you describe what is happening with EVP phenomenon?
https://www.psychologytoday.com/us/blog ... -the-brain

What about what people experience with the CE-5 phenomenon (which would suggest telepathy or things like remote viewing have a higher than random likelihood of happening?

Found inside an abandoned 'Indian Normal School' which would have served as a dorm to St. Joseph's College in Indiana, which at that point in time was abandoned for several decades and being renovated. The photo before this was perfectly clear (and showed a ritual had taken place with an animal sacrifice and hexagram on the ground, with 'Iron Maiden,' spraypainted on the walls) and within seconds this showed up.
https://www.dropbox.com/s/94h86sud58c7r ... 2.JPG?dl=0

Those last two were DV tape screen captures on a Sony Camcorder, which this EVP is apparently commenting on as turning off (when it still had a full battery. . . I had to restart the camcorder, and the thing appears to be examining it while I was recording with my Sony ICD-BM1 digital audio recorder. . .
https://www.dropbox.com/s/uxk7mdn6ntjhh ... t.mp3?dl=0

And I don't believe this was heard at the time it was being recorded, and only appears digitally. . . I would have been standing in front of a young 18-year-olds headstone.
https://www.dropbox.com/s/4x1qovq45f21u ... 5.mp3?dl=0 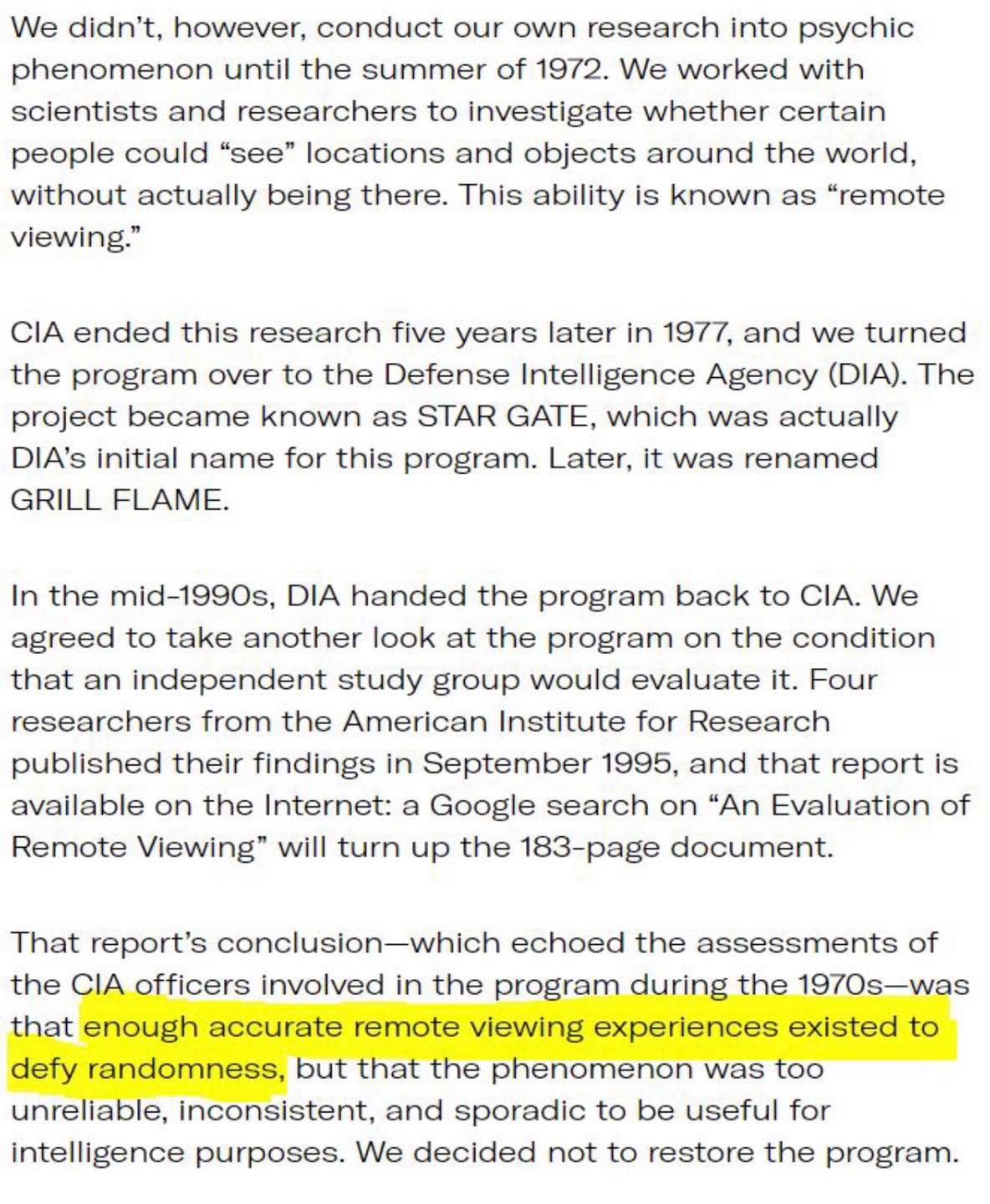 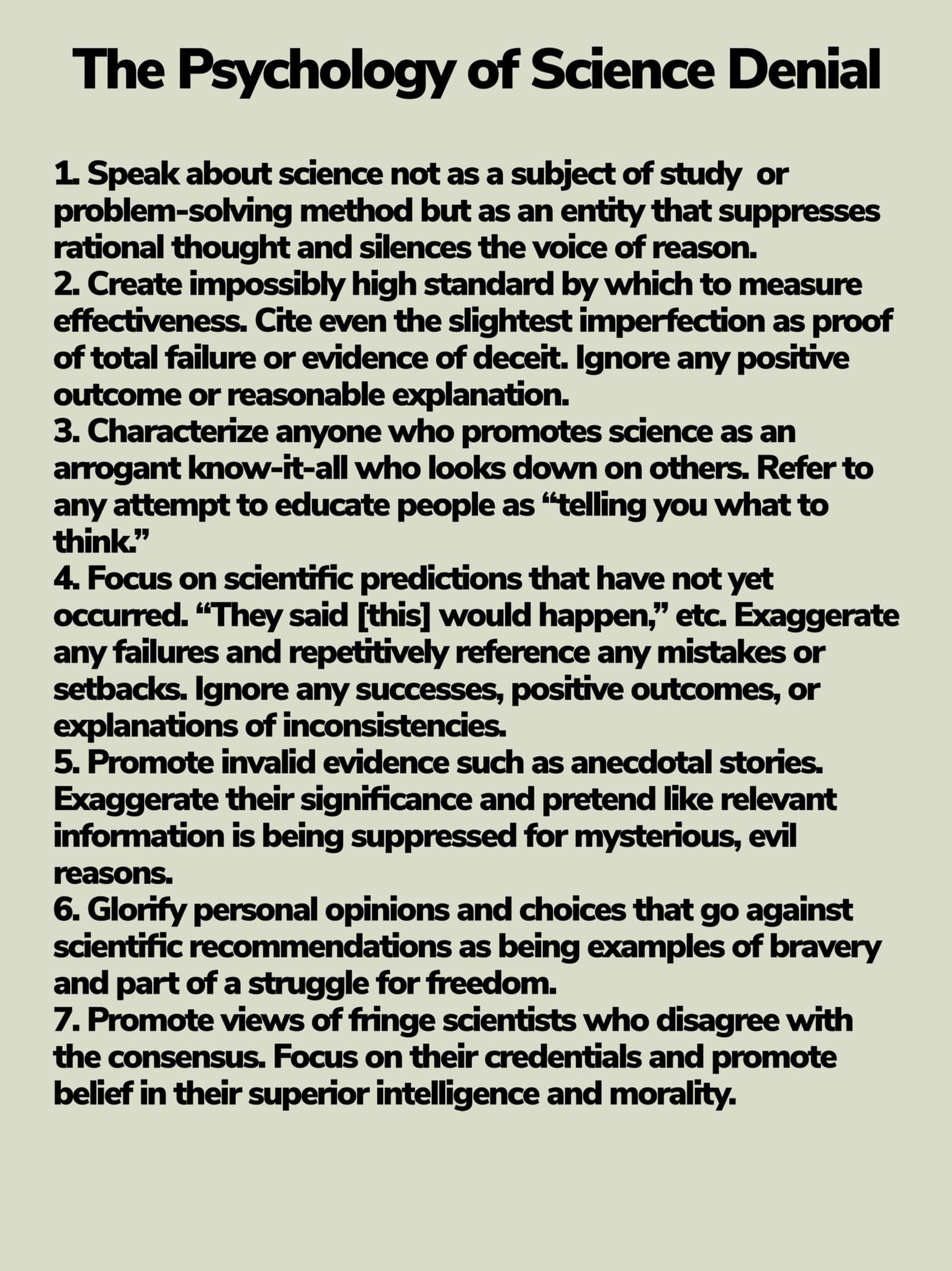 A look inside people’s brains who say they’ve had a UFO encounter (basically a noticeable difference is shown which counters their hypothesis that damage to the brain causes some kind of experience, rather than a possible neural density in specific areas of the brain.)
https://nypost.com/2021/12/12/the-brain ... kfU5NSlhQQ

That article leaves out a lot of details, but seems to indicate that MRI appear similar to those who suffer age-related 'White Matter Disease,' correlated to multiple sclerosis, yet also instead of damage to the brain it was actually an increase of connections within the brain (so basically no lesions are involved.)

I suspect Dr. Greer knew perfectly well the 'Atacama Mummy' was a defective human fetus or very premature baby (and apparently he makes a common mistake of evaluating abnormality from the perspective that he's looking at a normal skeleton, much like the 'Starchild' skull which was most likely hydrocephaly.

One thing the article points out is a physionomical difference in the brains of those who experience sightings, which I assume they equate to something like the movie Phenomena with John Travolta, where he sees some light flashing in the sky which turned out to be the result of cancer causing changes in his brain which resulted in "superhuman" powers; rather than a hypothetical encounter with something that might in fact have some mind-altering results?

After my sightings, I was doing a lot of meditation and it became pretty clear to me that the brain functions like a muscle (the more you meditate the more noticeable the effects are) and I would close my eyes to meditate and immediately a pronounced effect was felt--specifically around the pineal gland region where I would wake up shortly after one sighting and it was literally as though that area of my head was going through puberty--like some kind of wet dream. . . I even experienced what kundalini is where you get in "the zone" while meditating in a "lotus position" and the spinal column sways back and forth with the muscles near the spine contracting like a serpent body.

I'm aware people like Uri Geller are likely BS artists, though he made the claim that he was abducted (though I believe he is a compulsive liar that was getting on the alien bandwagon when such a thing was popular to do.) The CIA did have a higher-than-average probability when testing people like Uri Geller for remote viewing, and I've known plenty of people that make the claim that they've bent metal objects without any physical exertion on metal objects (and though I can certain doubt some of them because they very well could be BSing, their have been enough claims to consider that something actually is happening at VERY SPECIFIC moments that these events occur (a bit like someone being shocked and causing mutant superpowers to be unleashed, or a bit like in Dragonball Z when you become a Supersaiyan; though perhaps less fantasy prone. . .)
Societal egress and ennui
Hello / Goodbye / Just a moment / Nothing / Cosmic / Man / Dream / Civilization / Open / Contact / Tremble / Gas / Memory / Transcend / ^2
Top

The Queen of Nuclear Physics (Part One): Chien-Shiung Wu's Discovery

It seems a bit annoying they overemphasize the usual buzz words to describe someone, without actually talking about the person specifically.

It's not wrong to assume discrimination was a difficult hurdle, as even Emmy Noether literally had to have an existing Professor not attend his own classroom, and allowed her to show up to teach in his place (which her family supported her financially to teach what appears to be an unpaid assistant teaching position.) People knew of her abilities but refused to place her in a teaching position (and Professors at this time were similar to the Supreme Court Judges and were kind of immune from criticism so it was kind of an odd situation to be in.)

She might have pioneered the way for Chien-Shiung Wu as she did begin around the time she was born, though you don't see photos of her standing next to Einstein, but similarly even NASA has similar exceptional performance--that although not completely ignored--tends to be overlooked when mentioning how the emergency steps pioneered by them were used to get them home safely during the Apollo missions.
Societal egress and ennui
Hello / Goodbye / Just a moment / Nothing / Cosmic / Man / Dream / Civilization / Open / Contact / Tremble / Gas / Memory / Transcend / ^2
Top

Physicists May Have Discovered 'New Force of Nature' in LHC Experiment
https://www.scientiststudy.com/2022/06/ ... llt4JSzMKo

This is why physicists suspect the Multiverse very likely exists
https://bigthink.com/starts-with-a-bang ... 1655614184

The 3rd pdf is the woo that often surrounded the mystique of Tesla, as even the Venusian reference is something that was attributed to Maria Orsic, which was in large part a fabrication of the appearance of Nena von Schlebrügge (Uma Thurman's mother) who was born just before Tesla's death, and so it's likely that no such Maria Orsic actually existed. A lot of documents get classified into archives that aren't true or are written by controversial people (as is evidenced by the 2nd pdf showing communist ties.)

The belief that there were missing boxes doesn't entirely suggest that Tesla was in possession of any secret technology as even during his time period Tesla was more of a dabbler in ideas that he didn't know wouldn't work (such as Wardenclyffe which relied on a power source to transmit wireless energy which would have been incredibly inefficient, much like how AC current was preferred over DC for long distance transmission but would still require DC conversion for specific purposes, the wireless transmission would act like a microwave energy that would melt things or cause electrical grid failure as it did on numerous occasions.)

The 'Death Ray' was admitted to be more of a beam, and Tesla referred to it as Teleforce. As you might notice from most any photo existing of Tesla is that he was a bit of a showman, and much of what he claimed often is similar to Elon Musk and how he makes extravagant proclamations and carries them out without any anticipation of it actually being what he says it is (perhaps marketing has more to do with how it makes people feel about supporting an idea which is what Edward Bernays was doing for at least a decade before Teleforce was a term created by Nikola Tesla?) Even then he admitted he never wrote it down to paper and that any suspected snooping that occurred in his apartment prior to his death suggested no risk of it being found out, and any attempt made by Tesla to get financial backing turned him down on the proposal even if he made the allegations that he had experimented with it.

Why Gravity is NOT a Force

[edit] Does a neural analog to linguistic reasoning exist?

I felt like rambling, so I'll drop this here.

When one of my kids was in sixth grade, he had to do a science fair project. He wanted to do something with gravity, specifically, demonstrate its existence outside of Earth's influence (that is, all objects have a gravitational field). This was a head scratcher for me since the effect of Earth's gravity pretty much swamps out everything else by many orders of magnitude.

We ended up building an apparatus in a clear closed plastic tub (to stop air currents) which a thin rod suspended from the top by a very fine fishing line. On each end of the rod were balanced two weights to keep it balanced. Finally a third weight was placed in close proximity to one of weights on the rod. If all went well, the third weight and the weight on the rod would be attracted enough to pull together due by twisting the fine fishing line and swinging the weights together.

Making this sensitive enough to actually work was not easy, and the kid worked pretty hard on it with my help. In fact, it was a real pain in the ass. To illustrate why, I'll mention the formula for gravitational attractive force: F = (G * m1 * m2)/d^2

G is the gravitational constant, m1 and m2 the masses of the objects and d the distance between their centers of mass.

In order to make d as small as possible (to up the force), we needed very dense objects. Lead fishing weights didn't work, we needed something denser. Someone we knew collected various elements and we managed to borrow tungsten weights from him.

It still didn't work -- the weights weren't moving (exerting a strong enough force to twist the line). We were splitting the tungsten weights into a very heavy and a very light mass. But then I realized form the equation it would be better to make them equal.

And then it worked, consistently, slowly, however we moved it around etc, they swung together. He was really excited. He wrote it up and turned it in.

The teacher gave him an F because he didn't have a hypothesis or some such bullshit.

I always thought that was a prime example of destroying a kid's interest in science in one fell swoop. He'd had a real scientific question -- is gravity universal, and made as good a stab at it as a sixth grader could with some help. Honestly, it was fucking magic when those two weights swung slowly together due to their own gravitational fields after a lot of hard work -- and he was damned excited, only to have someone else crap on it because he'd colored outside the lines.

Maybe I should have put this in the rant section.

We have to take a lot of things on faith, including science. It's nice when you something like this with your own eyes.
Top