With apologies to Andy Warhol, on the Internet everyone is famous to 15 people. If a popular YouTuber makes a video about you, that number will be greater. If I was Lee R I'd be a bit spooked.
Top 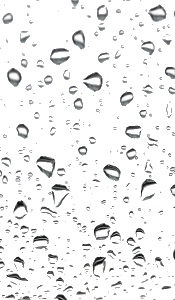 But doesn't that make it more likely it was a turd?

(My theory is that it's like a joke turd or something.)
Top


Things to ponder:
Would a fire alarm go off that fast?

Also Vic Berger or Everything is Horrible is kind of cathartic in a strange way.

Christian funeral of a U.S. citizen and journalist shot by them according to AFP amongst other sources.
Surely they done fucked up this time, the fucking twats.
Surely.
Top

I doubt it. The assassination itself barely registered on the US media and what did come up was soft peddled by the Biden admin (you know, demand a full investigation whitewashing by Israeli authorities, blah, blah). The funeral disrespect didn't even merit a mention as far as I could see (your link notwithstanding).

If the US doesn't care (and it seems they don't) Israel won't care and won't have to answer.
Top

Spoiler
Show
“Hitler did nothing wrong,” “Diabeetus,” and “Gushing Granny” all topped the online rankings to name the new drink, which Mountain Dew describes as “Classic Mtn Dew with green apple attitude.” Other high ranking suggestions included “Soda” and “Sierra Mist,” but the online shenanigans did not stop there.
"Crack-Apple Pop," "Trailer Park Punch," and "Master Blaster," (Mad Max reference, which incidentally was in charge of a methane gas power plant) should have also qualified.

Update: revised because copy and pasting can sound crazy.

I still prefer to use Google Earth. . .

I was watching a video about French bread and how US bread is an abomination, and realizing the place that succeeded only in specific region of France also failed in Paris as well as Dallas (probably for similar reasons that they wanted their products frozen and baked from the coast of France and then shipped which didn't work out well evidently) but also costs and shrink. The thought occurred to me driving from Saint-Tropez to Paris was akin to Dallas to Chicago, which incidentally doesn't work out if driving from inside a Citadel (search Saint-Tropez in the link above.)

A place popular in France (Saint-Tropez specifically) 'La Tarte Tropézienne' had opened just before Covid in Dallas (shipping all their pastries from France,) and closed down at the beginning of the year (possibly due to bad management which was a byproduct of bad timing, financial insolvency, and probably location.) The closest thing to it is a French-inspired bakery that only exists in Asian (Korean) markets which are popular in the area, called, Tous les Jours. For a company to also survive in the US it needs to have a different mentality that supports the product, and coffee shops are about the closest thing to that, which tend to only be profitable when they can imitate the success of other companies, which often can't be replicated without controlling for loss, and mass producing products in a similar way to why people still consider mass-produced bread as the only alternative.

Acquiring true flour economically might only be possible by grinding your own grain, just like many prefer to brew their own beer (and unfortunately many shops that sell grain are also closing down because of the economic climate.)

Also, all the preservatives that are allowed in US food has a bad impact on digestion which in turn affects neurological health. Most of these impacts have not been properly studied on fetal development, and yet big industries are likely using lobbyists to ignore criticism of the practices.

Same video but without the Japanese voiceover.

My recommendations emailed to me for AliExpress are:

I looked into the Tuk Tuk, and apparently, someone actually bought one from there. . .


I'm wondering if the original $900 value went up in cost due to the customs fees, which are taken care of from their end, or if that would still be required to pay for (since the additional $3k sounds like it would be far more than it's worth.)

The car of the future can be yours while flicking off Tesla drivers as they speed past you.

Chinese movies resemble some of Bollywood. . .