Thinking of ditching my bread box

Thinking of ditching my bread box

I'm undertaking long, slow renovation that started years ago and recently started picking up. I was thinking about my countertop and whether my bread box, which I never used for bread, is really necessary. My bread box stuff could go in cabinets. I keep bread in Tupperware in the fridge.

BTW, I don't remember if I mentioned this but I quit disposable bathroom cups.
"I'm still learning to love the parts of myself that always seem to be kinda sticky." — BarIII
Tags:
food-and-drink
lifestyle
Top 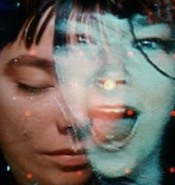 I can't remember the last time I saw a bread box in use. I've never had one, but I do remember one in the house from my youth.

I had to google to find out if they work at all. Apparently they do help keep un-sliced loaves fresher (and the crust from going soft) for a couple of days. Plastic preservers freshness but at the price of a soft crust, paper bags don't do much of anything.

Since I mostly buy bagged sliced bread of one sort or the other, a bread box does not seem worth the counter space sacrifice one would entail. Although the thought of having the odd loaf of french bread or what have you and not having to eat it all on day one (or two) has some appeal.
Top

Beware. Once you start down this path, you can never turn back.
Top 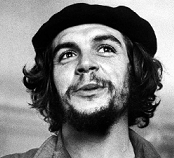 Bread is great but I'd rather get my reckless carbs from wine.
Top

It’s a holdover from a mold avoidance strategy when I lived in the rainy pacific NW, but I keep bread in the freezer and toast it.
Top

Seems my bread box was popular in the 1960s (I don't think it's from the 1950s). Someone put this one up for sale and I found several other almost identical ones. I want to try to polish a better mirror finish into mine so it looks more like that one, or reface it. There's a shelf inside and the top is like a shelf so it saves cabinet space. So I may keep it. Maybe I'll paint it white when I paint my cabinets.
"I'm still learning to love the parts of myself that always seem to be kinda sticky." — BarIII
Top

My English professor says some people have difficulty putting their thoughts into words because, similar to me who tends to think in fuzzy images, language isn't their strength. He suggests just writing down what we think. So here it is.

Hm, not sure what to say. Should I describe every instance of a bread box I've seen before? No that's probably weird. Should I just not post? Yeah that's better for now.

Then there's the opposite being this.

At Jr's grandparent's house there was a bread box. It was wooden and had a kind of manual folding garage door technology. At my grandma's house her's was wooden and had a broken door. At the neighbor's down the street growing up who's Dad is Lionel Richie's childhood best friend from the south, they had a wooden bread box with the cheapest white bread: rainbow. In their fridge was a pitcher of Kool aide mmm. I could go on about how intelligent these people were that they calculated how to subsist on very minimal because the Dad a retired computer technician for Intel on SSI hurt his back and sat in his garage smoking cigarettes and while his brain atrophied engineering auto and other DIY in his garage while sipping water grade beer. *(Edit) The oldest boy, Barry, very cool people. He's a cop now: shoots bad people for a living. Don't be mean to me or else I'll tell my friend Dirty Barry!

Black history month day at a black non-denominational church in Harlem, NY hosting guest speaker/domestic terrorist, Brotha Minister something Mohammed something, "Alright, calm yo selves congregation didn't you know the man who invented the bread box was a negro? You see blacks are the real chosen people by God to shoulder the burden of persecution for harboring the sacred bread of life. My first impression of the bread box contraption is that it's an artifact of the post industrial revolution era when designers were creating random crap to flood American economy so we'd know what was needed to fill our houses with up to status quo. Tryna dictate our identities. But it was DeVine mhm. No we weren't sure what our American identity was quite yet. Back then there were only certain kinds of bread that wasn't fancy and since everyone had the same kinds there wasn't any competitive incentive to decorate your kitchen with bags without fancy labels promoting fashionable dietary trends and such like today. But that's unhumble. We needs get back to our roots. Did'ja know a black man also helped Jesus carry the cross. Yes, blacks are God's chosen folk to help and protect. Guess who gathered up all them loaves Jesus conjured? A black man, he guarded em with his life. The bread box was how he did it. So see it goes back even farther. You know the ark of the covenant was the first bread box. And the blacks are the real Hebrews. Tru nuff anyhow. It is my hope and prayer that this message enlightens you on your journey as the Gods and Earth's. Assalamualaikum I just dropped some knowledge." A young Malcolm X sat in that audience along with a young Hussein and others. This thing goes deep

(look, the detritus is nigh).
"My favourite song from one of my favourite albums, Nena asking you to please, please let her be your pirate. So smooth and joyful, I have to listen to it three times if I listen once" - ashi
Top

I took the plunge. In recent years, the things I had all my life and and quit include a TV, bathroom cups, toaster, malted milk mixer, land line, and bread box. My plastic decorative item purge came several years ago and may predate the scope of this post. I wonder what could be next if anything.
Top

HighlyIrregular II wrote: ↑
Mon Oct 24, 2022 1:39 am
I took the plunge. In recent years, the things I had all my life and and quit include a TV, bathroom cups, toaster, malted milk mixer, land line, and bread box. My plastic decorative item purge came several years ago and may predate the scope of this post. I wonder what could be next if anything.