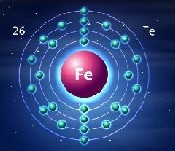 Madrigal wrote: ↑
Sat Jun 04, 2022 3:52 pm
It's an oft-quoted fact(?) about Borges, "He read the Encyclopedia Britannica from A-Z", purportedly having a great influence on his writing. I guess it's probably true since he sounds like an encyclopedia.

I used to read encyclopedias as a kid, actually... I still do, albeit Wikipedia.

Opening a dictionary at a random page and then scrolling until you find the first word you have never seen before is also a way to randomly stumble across concepts you've never heard before. A thesaurus is a waste of time usually - if it is Roget's thesaurus > 1929 there are very few words that are unusual, before then there are more but many are Latin phrases or archaic words not used any more. A scroll through a dictioanry is far more likely to turn up historical and scientific concepts hithertofore unknown. For example by finding the word 'limn' I realised that 'limners' were groups of cheaper painters who produced crude likenesses of people in an era before photography - unlike the elaborate works of art of the rich very few of these items have actually survived which is likely why few know the meaning of the word today.

For example I just opened Johnson's dictionary at random and scrolled along until I found the concept of the rareeshow.

Operations Research by Gupta and Hira

During my readings I came across this old drinking game:


The editor thinks that it is not even certain to what sense of " nail " the phrase belongs, whether the human nail or the metallic n'ail. He has placed the phrase under the latter sense ; I think we may refer it to the thumb- nail. The origin of the phrase may pro- bably be traced to an old drinking custom, called in Latin supernaculum, and in German Nagelprobe, i.e., the pouring of the last drop of beer or wine " on the nail " to prove that the cup was empty. In Brand's ' Popular Antiquities ' (ed. 1877, p. 502) there is an article with the heading ' Super- naculum,' in which it is stated that " to drink supernaculum was the ancient custom both in England and in several other parts of Europe, of emptying the cup or glass, and then pouring the drop or two remaining at the bottom upon the nail of him that drank it, by way of showing that he was no flincher." Compare the French plirase in Cotgrave (s.v. ' Ongle '): " Boire la goutte sur Vongle, To drink all but a drop to cover the nail with " ; and the German " Nagelprobe trinken (or machen], to leave no heeltaps, to drink supernaculum " (Grieb-Schroer, ' Deutsches Worterbuch,' 1902, s.v. 'Nagel').